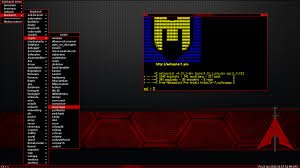 Facebook has launched TechPrep Event, which will help the students and parents to develop a strong computer cognizance.

Facebook was created by Mark zuckerberg in idea of connecting people. And guess what as you know facebook got huge fans for this simple idea of Mark. (infact 2 billion people till today).And its still Growing.

Now Mark and team are thinking something big. Yes Facebook has launched an event so called ‘TechPrep’  to train and teach student coding

Facebook, is thus offering its new initiative Facebook TechPrep which will help to quench the curiosity of the students, expose parents and guardians to the computer science and create an environment of computer learning in the underrepresented groups by providing resources to all these people.

Facebook TechPrep will curate to the users the solutions to their requirements as per the individual skills such as the age of the learner, skill level and what kind of education they are interested in.

The TechPrep program specifically targets the unaware public and the parents who find themselves helpless in guiding their children in the field of computer learning.

How TechPrep will help

Facebook created TechPrep in response to our understanding,participation of the  of underrepresented minorities in programming careers. We found:

TechPrep connects people to resources including games, books, in-person opportunities and community events to help learners as well as parents and guardians guide their kids in to computer science and programming. It also includes profiles of real people pursuing these careers.

For More info on TechPrep visit the official page.TechPrep