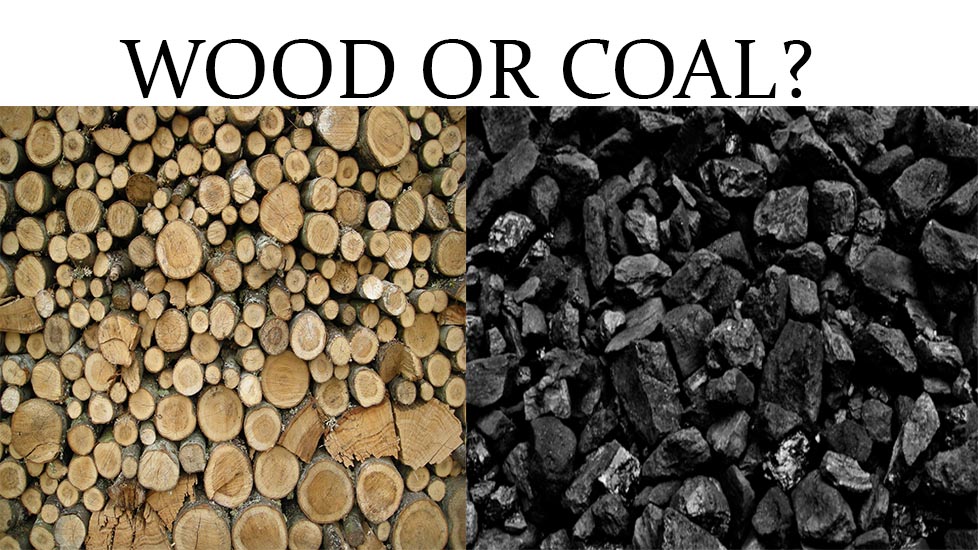 Wood has been the traditional fuel source since ancient times until the discovery of coal and electricity. Wood is still used in villages as a source of energy. But now, wood is back in the news as countries like UK and US have started using wood for power production instead of coal. Let us now compare the advantages and disadvantages of using both wood and coal for power production.

The Many Benefits of Replacing Coal With Wood Pellet Fuel

First, let us see how wood can be used effectively as a source for power production. Use of fossil fuels is driving a rapid increase in the concentrations of CO2 in the atmosphere and oceans.  The combustion of coal, petroleum products and natural gas, as well as land use changes are, in a matter of a few centuries, releasing carbon that was captured over hundreds of millions of years.  There is overwhelming consensus that if we are to mitigate the impacts of increasing CO2 concentrations, we need to change how we create energy.  But there is also fear that in doing so we will inhibit economic growth and harm business.

Wood has been the primary source of heating fuels since the dawn of Civilization.  Over the centuries wood fuels have been replaced by development of alternative fossil fuels and energy generation-use technologies.  Developing Countries historically have often transitioned from wood-to-coal & petroleum, followed by natural gas fuels.  Since the development of electricity in the late 1800’s, this energy-power source has enabled the development of cleaner and renewable energy supplies.  Cleaner energy sources began with developing large hydropower plants, followed by nuclear, and more recently wind & solar power.  Despite the growing development of many newer and cleaner energy generation technologies, wood continues to be a major source of renewable fuels for both heating and power generation.

There is a simple and ready-to-deploy way of mitigating carbon from power generation that is good for growth and business.  It is by converting older coal power plants to wood pellets.  The cost of power from the converted plants is about the same as power generated from natural gas, and the strategy results in creating, rather than destroying, jobs.  As a bonus, the strategy also provides a motivation to sustain and expand our working forests.

One might think that there is no way that using wood pellets for fuel in a power plant can compete with fossil fuels.  That would be true if the cost of the fuel were the only input to the total cost of generation.  If only fuel cost mattered, utility-scale wind and solar power would be free, and nuclear power would be cheap.

Conversion of a pulverized coal plant to a pulverized wood pellet plant is relatively straightforward.  Coal plants grind the coal into dust and then pneumatically transport that dust to wall-mounted burners in the boiler.  The coal dust combusts very rapidly; almost like a liquid fuel.  Grinding pellets into dust and using them in essentially the same hardware has been proven to be technically feasible.  For example, England’s largest power plant has converted two of its six 650-MW boilers to use wood pellet fuel instead of coal.  That plant is generating reliably and just as many megawatts are being generated from pellet fuel as from coal.

Electricity generated from pellets in converted coal plants is almost the same cost as electricity generated from natural gas, by far the cheapest way to make new, low-carbon power. Not only does this strategy provide new low-cost, low-carbon capacity, it also has a very positive impact on job creation.  It takes 2,540 jobs to provision a 500-MW coal plant with coal.  To provision the same-sized power plant with pellet fuel takes 3,480 jobs.

Long-term demand for sustainable refined pellet fuel will motivate the preservation of existing working forests.  It will provide a strong market signal for investment in improving forest management and expanding the stock of trees in our forested lands.

This is a strategy for decarbonisation of the power sector that does not increase the cost of power, and actually adds jobs.  It also incentivizes the expansion of our working forests, which will increase the amount of carbon sequestered.

DSLR buying guide and why should you buy a dslr?

How I Hacked VTU-Visvesvaraya Technological University for FUN